Traces installation in Viinistu Art Museum old water tanks brought together perishability and persistence, contrasting lightness and weight, appreciating the past echoes as beautiful assets that form our presence. The concept explored the visual dialogue of minimalist painted lines and shapes by Sandra Sirp accompanied by still life photographs of totems by Helen Sirp in collaboration with Nick Dunne.

The roads we walk on are lined with stones, restoring energy and experiences – just like Sandra’s line paintings were paired with a photographic Stone Totems on each side. The movement of time was emphasised by the changing shadows within the two circular water barrel spaces, light reflecting and moving like a sundial. 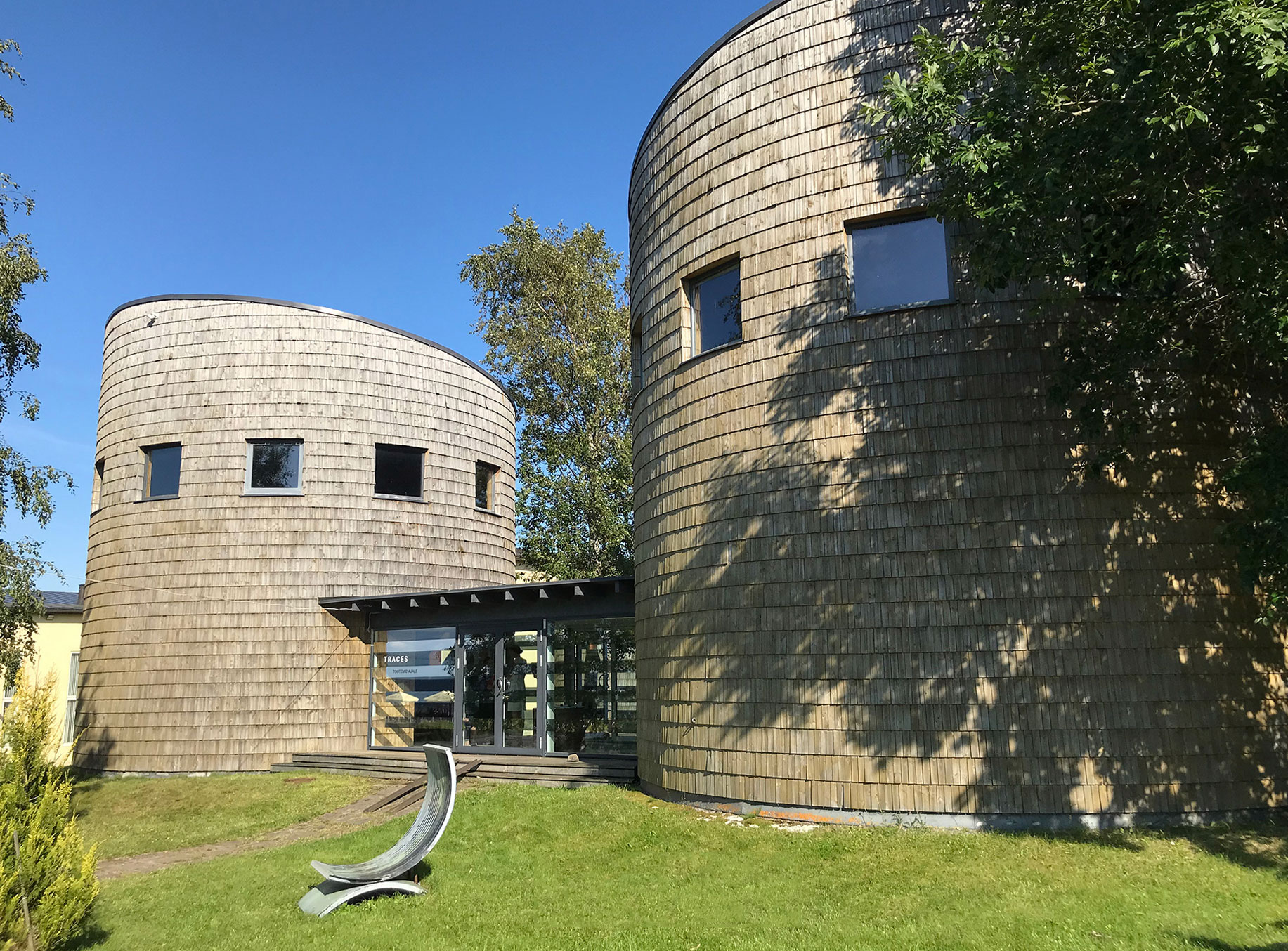 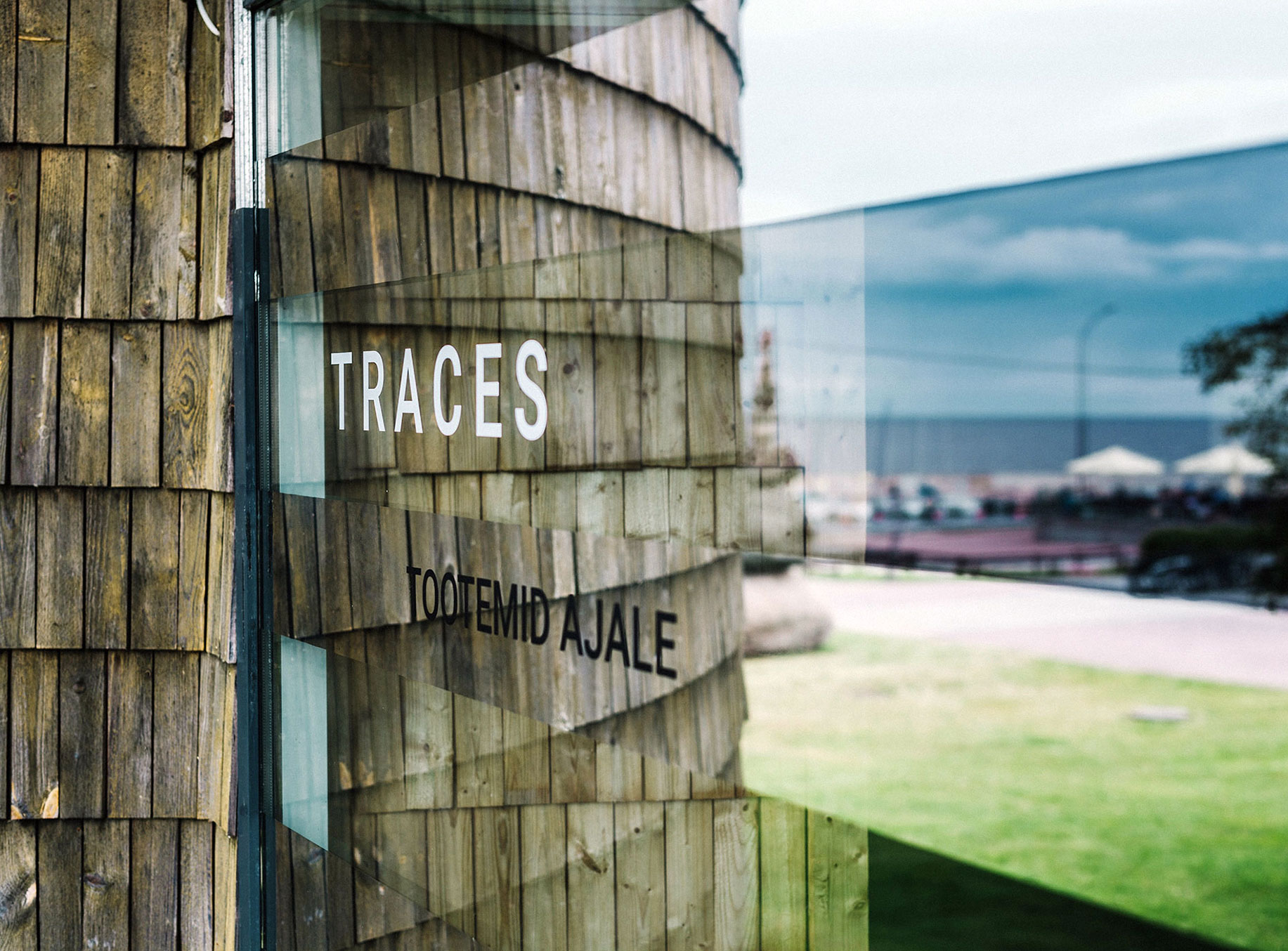 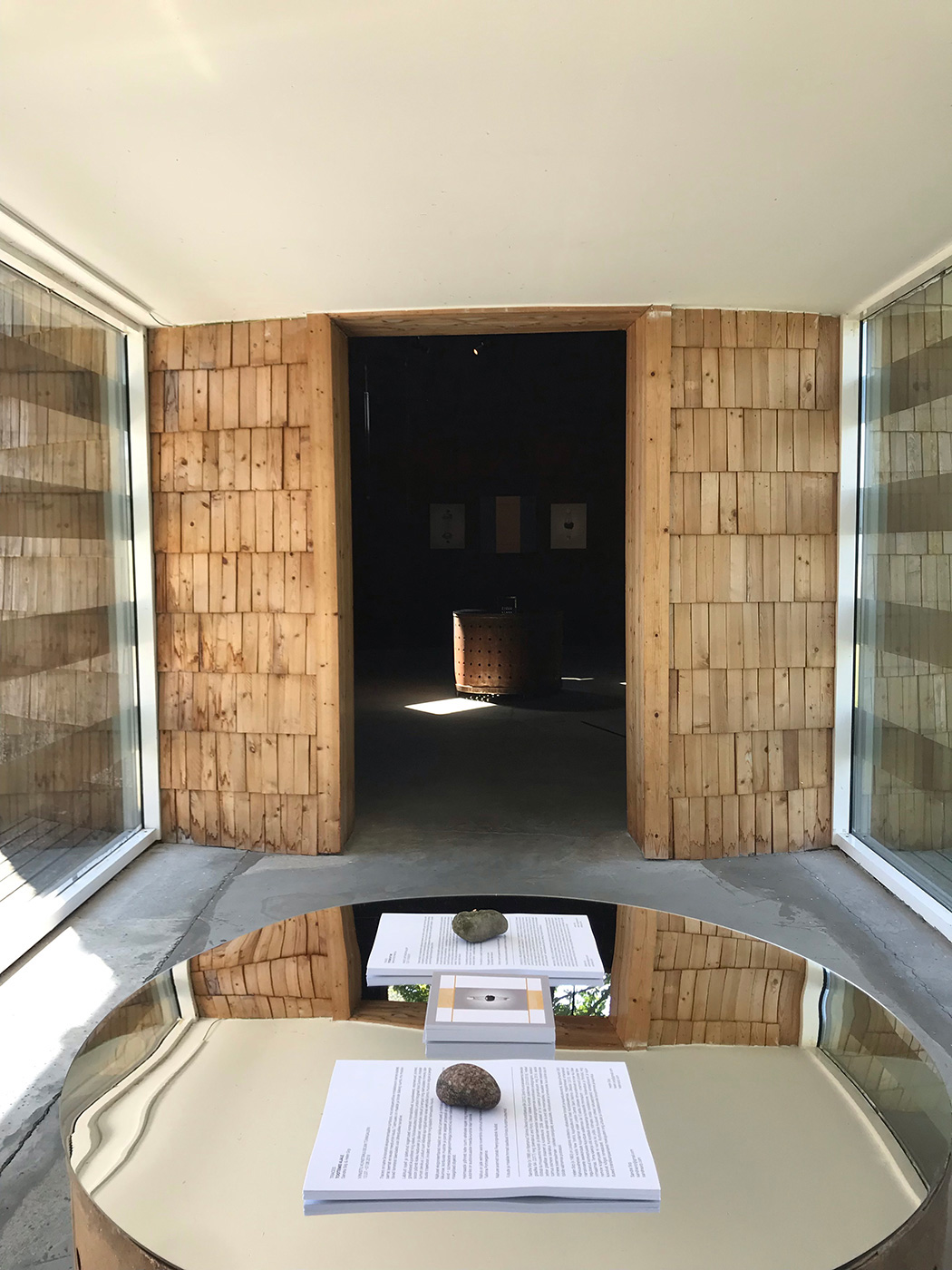 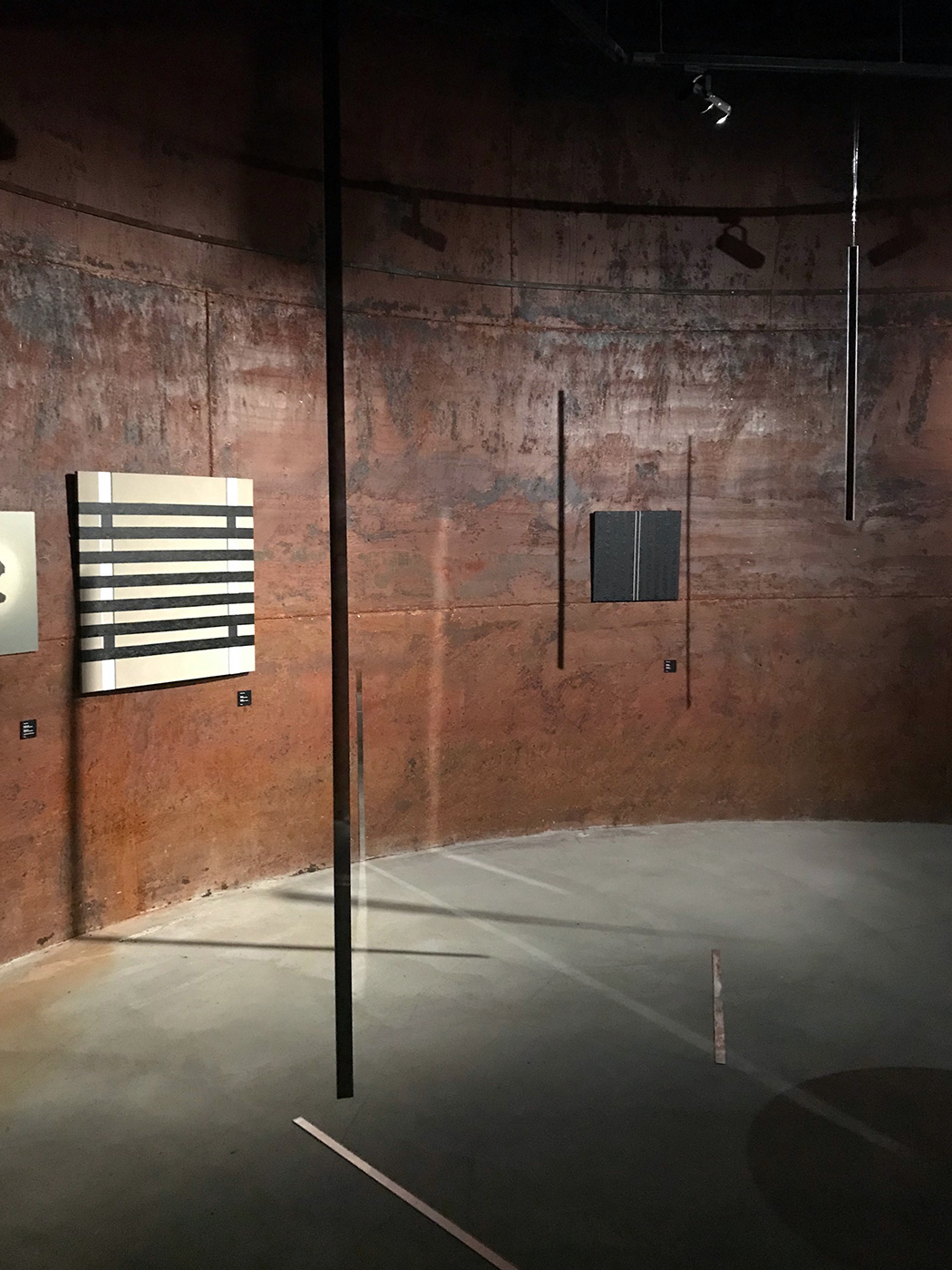 The use of mirror cutout lines on the walls and suspended from the trusses took this notion even further by creating light reflections as guests could also interact with the mirrors, spinning them and moving amongst them. The two rust metal tanks were connected by a glass walkway, symbolising the connection between the sisters even more. Bringing the two worlds together whilst still retaining a light feel in contrast to the robust tanks- a reflective two-way mirror film lines were positioned in a horizontal sequence. Still translucent, yet partially reflecting back the environment- the glass corridor distorted the view from outside whilst creating an infinity shaped movement between the two circles on the inner space route. 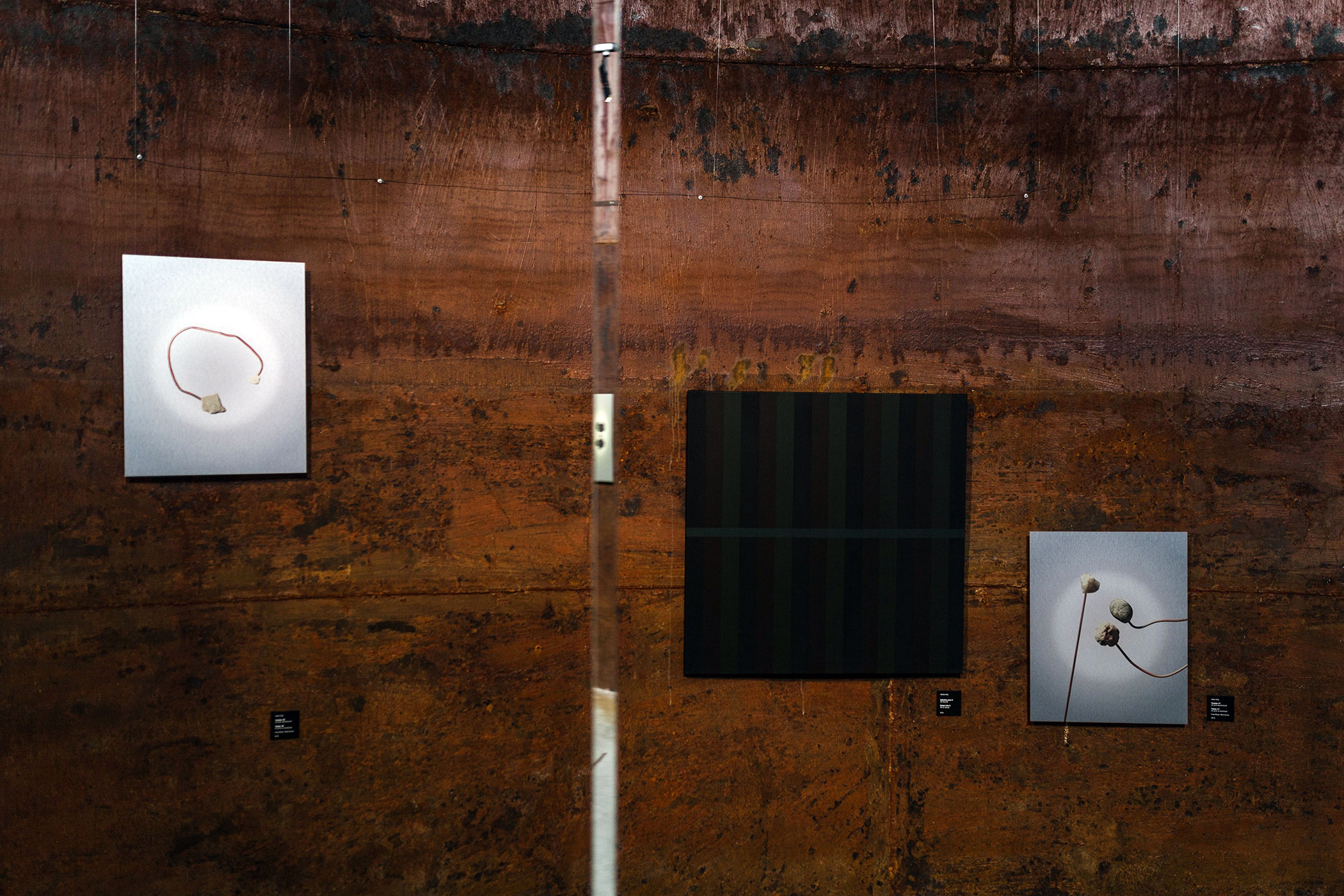 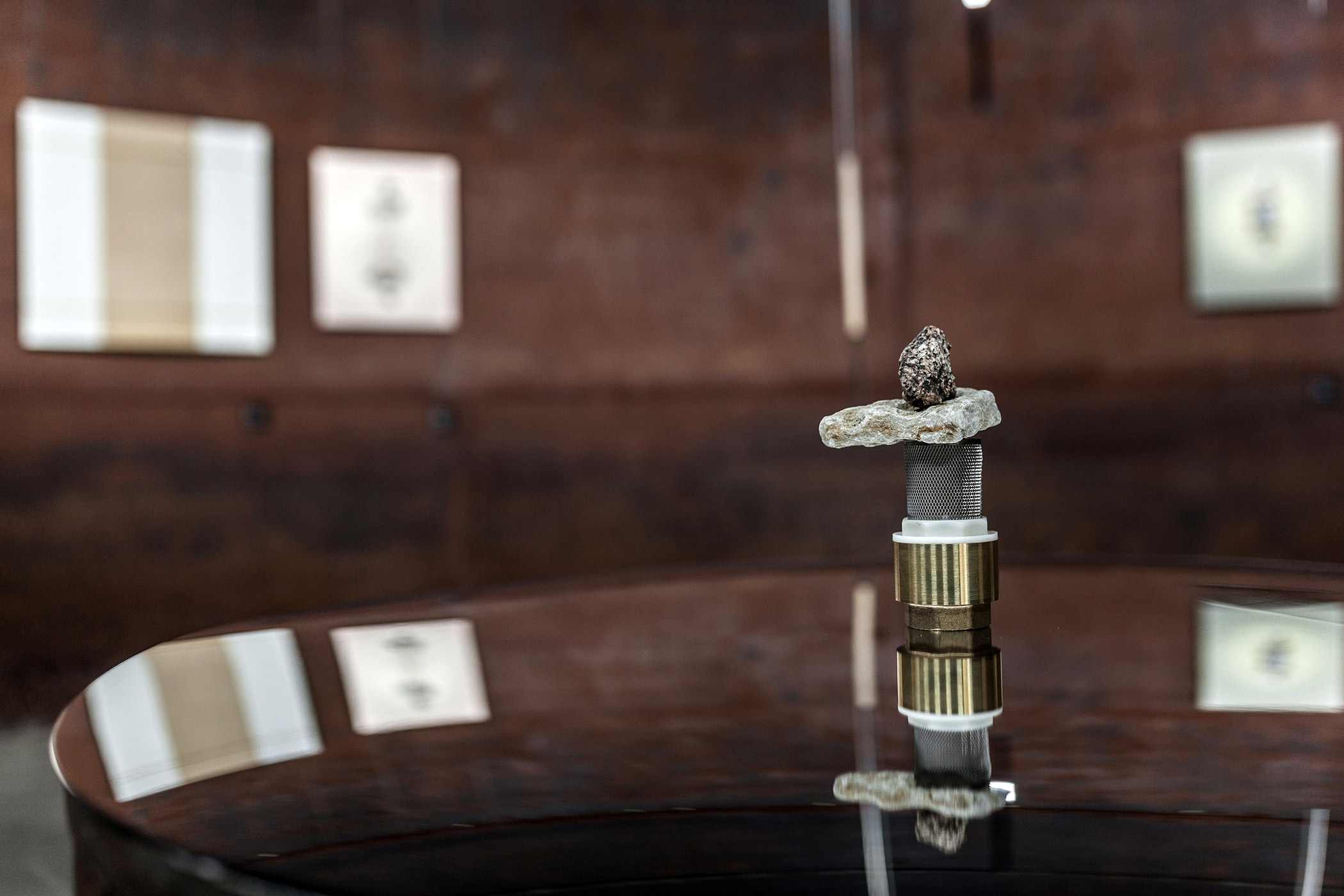 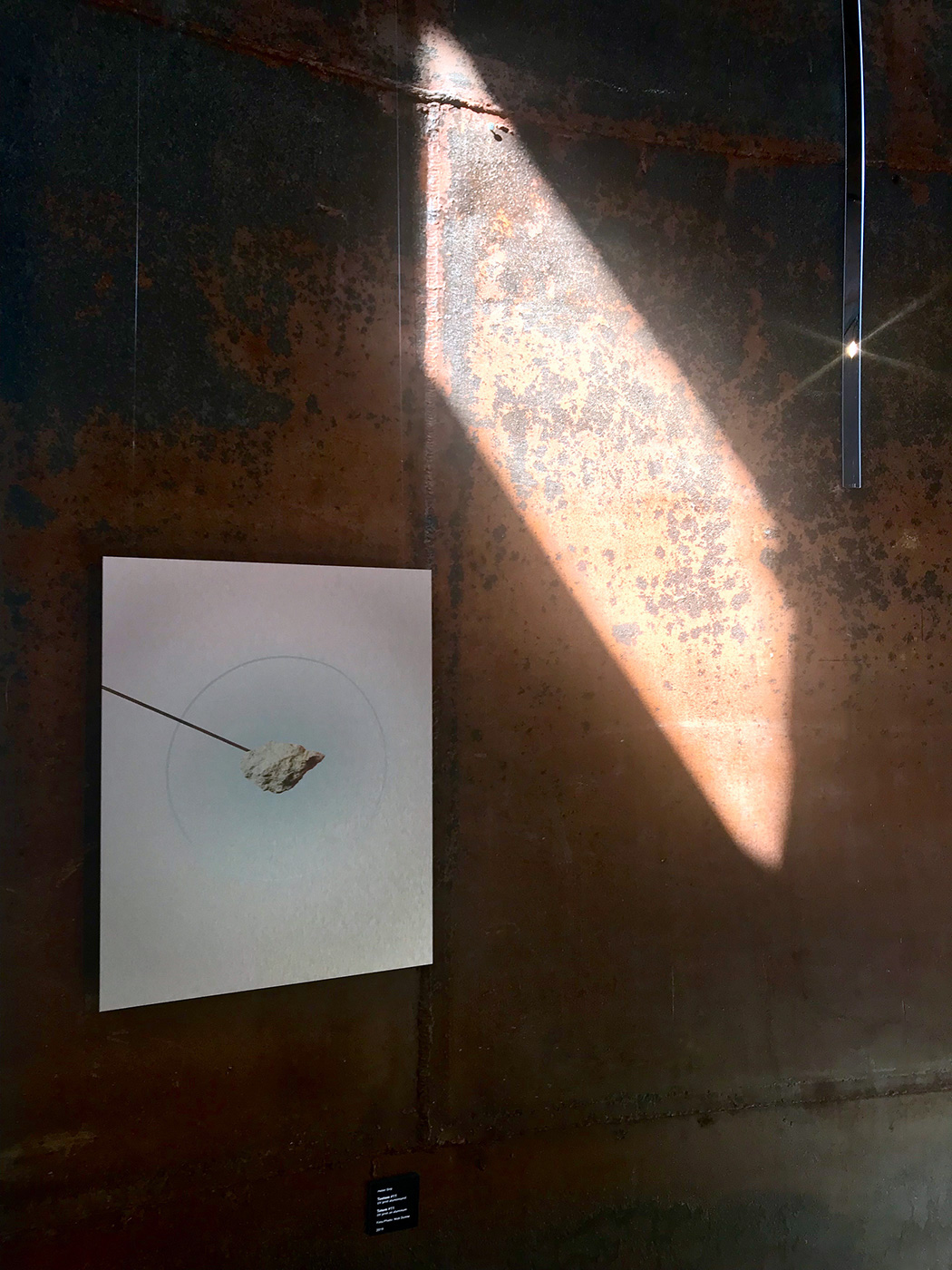 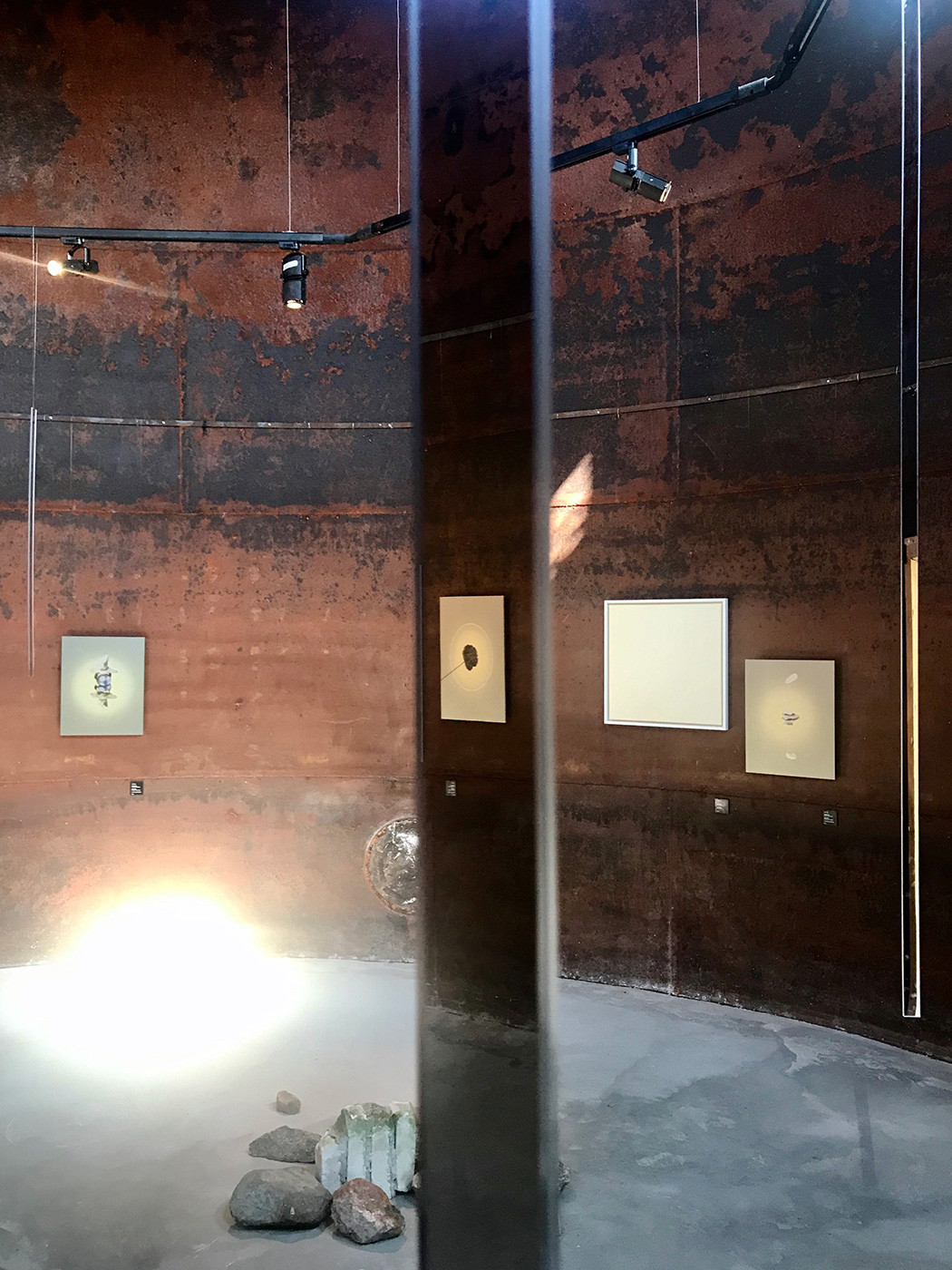 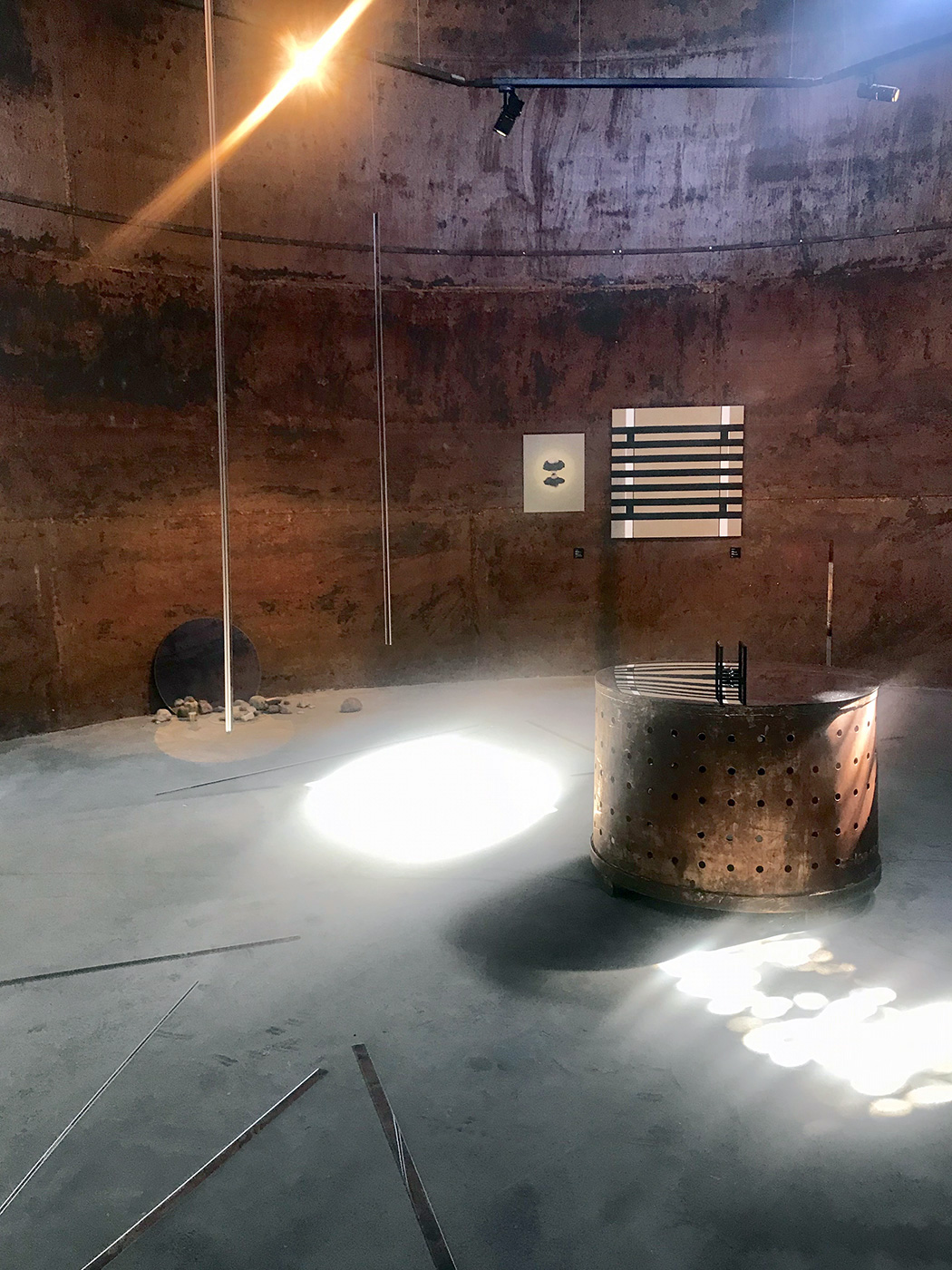 Both tanks had a metal round vessels in the middle from the old days of them being used as water reservoirs. The giant sieves were transformed into symbolic wells- covered by circular mirror cutouts, they reflected back the space and served as bases for a Stone Totem in one tank and a Newtons Cradle in the other, echoing along with the soundscape of dripping water and falling rocks. 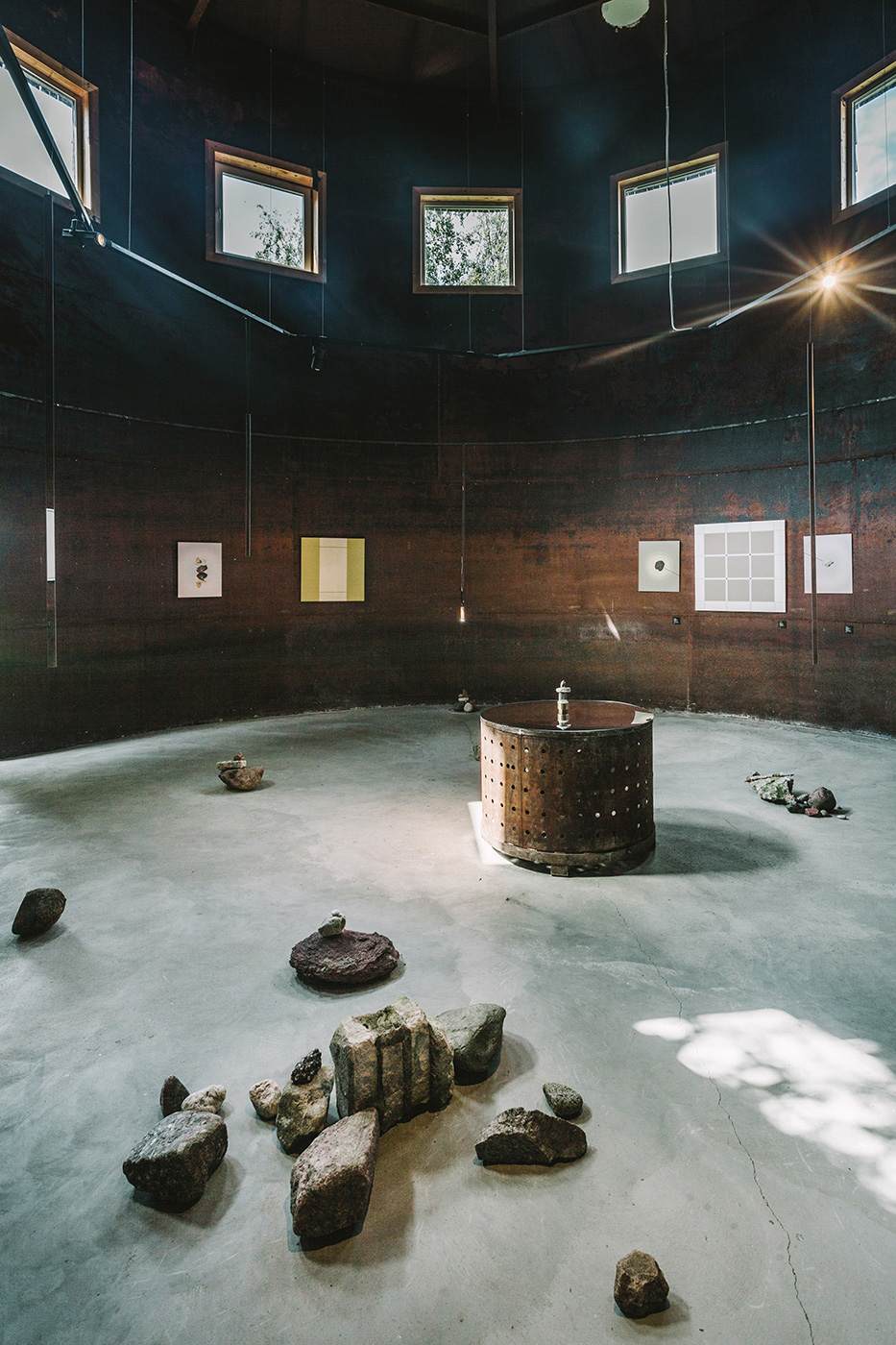 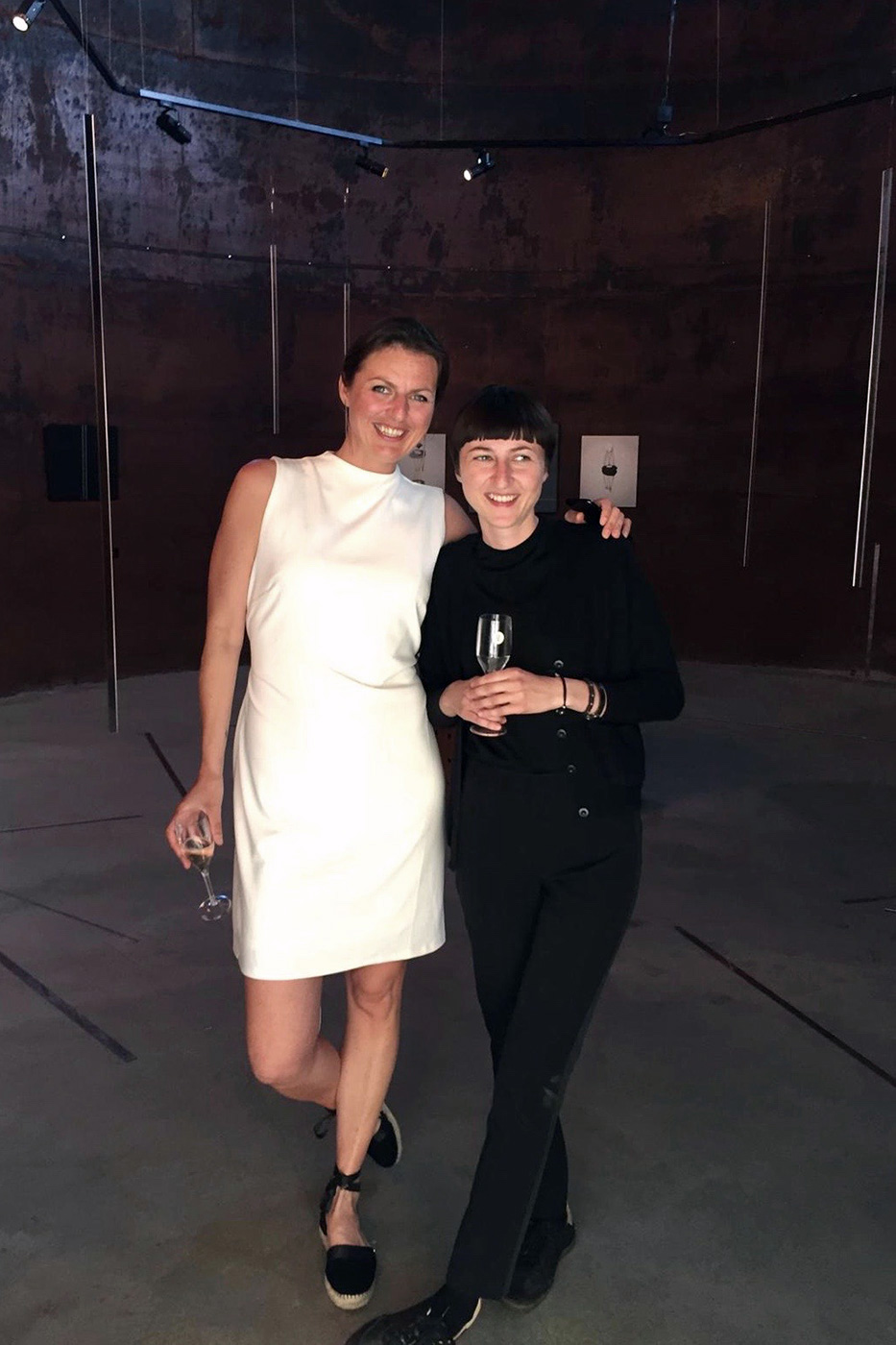 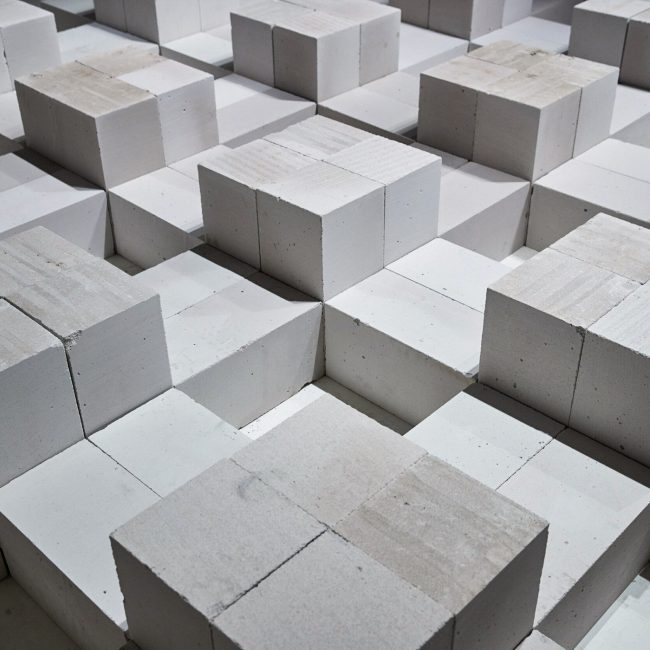